Twelve months ago high street bookmakers were anticipating the new year with dread, unsure of what the future would hold once the government imposed a new staking regime on FOBTs from April 1.

A year later, betting shop operators still cannot look ahead with unqualified confidence – life on every high street is hard – but there does appear to be a glimmer of hope.

That at least is the impression after spending a day in the JenningsBet opposite Charlton station in south-east London, a shop overseen by Ron Hearn, Betting Shop Manager of the Year in 2017 and someone with more than 40 years of experience in the industry.

When the government announced it was cutting maximum stakes on the highly lucrative and equally controversial gaming machines from £100 to £2, there were predictions that betting shop numbers would be decimated and thousands of jobs lost.

More than 1,100 shops did close in the six months after the change was implemented, with William Hill closing 700 in one fell swoop.

“When £2 came in I thought this is going to be drastic,” Hearn says. “For the first couple of months I thought ‘what are we going to do here’ but then things started to pick up.

“I think there was an immediate panic and everyone thought ‘good God’ but now that has flattened out and you think ‘hold up, there is life after £100 a spin’. A lot of people have been pleasantly surprised.”

It is the Monday morning after Christmas and at 10am there are a couple of customers playing the machines despite the new stakes.

Encouragingly for those who prefer more traditional ways to punt, as the morning goes on there are customers coming in to collect winnings from the weekend, read the Racing Post and put on Placepots and Lucky 15s.

By 11am it is clear a £2 stake is not putting off customers, with all four machines occupied, but the opportunity to lose a lot of money in a short time has gone.

“Initially, there was a shortfall in the number of customers on the machines but when they realised this was the way forward they’ve had to accept it’s all they can spin,” Hearn says, although he admits some of the “big hitters” have left.

He adds that some of the business from gaming machines has transferred to self-service betting terminals, with clientele from eastern Europe able to bet on football matches involving familiar teams.

“Those machines are definitely a plus in betting shops,” Hearn says. 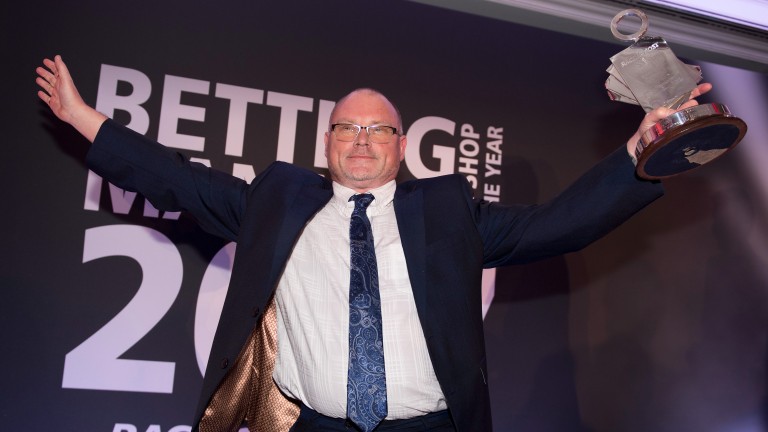 FOBT stakes may have reduced but the emphasis on social responsibility has not.

There are leaflets about safer gambling by the door, between the machines and even in the toilets. Messages pop up on a screen behind the desk to tell Hearn when someone has exceeded limits set on the machines and there is a file of people who have self-excluded from the shop.

Every day, before entering the shop’s financial figures, Hearn and his colleagues have to log anything to do with social responsibility.

“If we speak to anyone, if we have any problems, even any banging of the machines, anything that needs to be logged over social responsibility to protect the customer, we have to fill it in first,” Hearn says. “Once that’s been done it okays us to move on.”

Hearn’s boss Greg Knight, managing director of JenningsBet, has had to close 16 of the company’s 100 betting shops due to the cut in FOBT stakes but he too is encouraged by how business is going, especially in traditional betting.

“Sitting here on New Year’s Day last year we honestly didn’t know whether we would still be here 12 months on,” Knight says.

“I would have settled for where we are. It’s been better than we expected. I think it’s been very encouraging to see some of the traditional elements coming back.”

“The results were good for us but really it’s just an example of some of that lost trade coming back,” he adds.

“Years ago Boxing Days were fantastic but then we went through a period when everything was about FOBTs and if we shut our shops early, as you do on Boxing Day, then turnover was down. But this year was a return to the old days in many respects.”

The return of traditional punting has, however, not made up for the loss of income from FOBTs, Knight says. 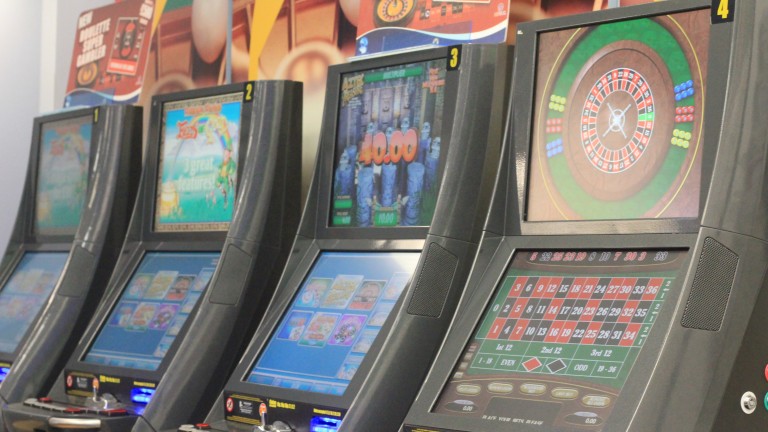 He adds: “I do expect more shops to close in the next 12 months and the 12 months thereafter but we are seeing good levels of business across the counter.”

Evidence of that becomes apparent as the racing from Haydock, Lingfield and Taunton, along with greyhounds, gets into full swing at lunchtime.

The number of people on the machines dwindles but half a dozen punters gather to watch the action on the screens and Hearn and his colleague Dawn Shepherd – his right-hand woman for 15 years – begin to deal with a quickfire stream of betting slips.

Most customers are on first-name terms with Hearn and Shepherd, who provides them with tea and biscuits when she gets the chance.

The atmosphere is friendly, nobody is taking out their frustrations on the machines and there is plenty of chatter about racing and football, admittedly with some comments from one customer in fairly blunt Anglo-Saxon about the recent appointment of David Moyes as West Ham manager.

“If we had a swear box in here we could afford to go on holiday every three months,” Hearn jokes.

A ten-minute walk away up the hill from Hearn’s shop is his nearest competition, although there is less than there used to be.

While the red and white Ladbrokes sign is still above the door of one shop it stands empty. A Coral betting shop a few minutes walk away does however remain open for business.

“As soon as Coral and Ladbrokes merged it was obvious one of them had to go,” Hearn says. “We got the majority of Ladbrokes’ punters when that one closed.”

It is maybe a slightly unfair comparison with Hearn’s shop, given lunchtime has come and gone, but there are just three machine players in the Coral and nobody watching the racing. Staff say it had been busier earlier in the day.

Ladbrokes and Coral’s parent company GVC Holdings has warned it will close 900 betting shops as a result of the new FOBT regime, although they have not taken as sweeping, immediate action as William Hill.

Ladbrokes Coral PR director Simon Clare says: “Our shop teams and operations team have worked incredibly hard and effectively over the last nine months to mitigate as much of the impact of the reduction in maximum stakes on FOBTs as possible, however that legislative change has inevitably led to the closure of some shops in our estate and the Ladbrokes betting shop in the Village, Charlton, was regrettably one of those.

“The Coral shop on Charlton Road is a solid performer and has benefited from the migration of some of the trade from the Ladbrokes shop following its closure, and will continue to deliver the Coral service and products to the Charlton community.”

Back at Hearn’s shop the clientele has thinned out a little but there is still a seemingly happy throng, with two punters on the machines and five watching the screens including a couple taking a keen interest in the bingo.

Hearn says he is “quietly confident” for the future.

“A lot of companies just over-panicked and shut shops long before they were given a chance to prove there is life after the £2 a spin.

“Had they given each shop six months to prove they could get through it I think there would have been a fair percentage of shops they’d have stayed with.”

It’s a sentiment with which Knight agrees.

“For the last two or three years we’ve been in a period of complete uncertainty. At least it’s happened now,” he says. “We know where we are and for the shops that have survived it’s good, we can reinvest.

“We have a 2020 rollout plan to reinvest in the shops, new shop fronts, rebranding. It’s the stuff you want to be able to tell your staff, we’re putting money back into the company – that’s what they want to hear.”

Knight adds: “Mark Twain’s quote about reports of his death being greatly exaggerated springs to mind. Retail is a long way from dead.”

The betting ring: ‘Hopefully it will survive but it’s a totally different game’

The small trainer: ‘You don’t train for money. It’s a passion and a way of life’

Racing Post teams up with Clarion Gaming at ICE London

Tuesday 21st January 2020 – Racing Post is thrilled to once again be a part of ICE London, continuing a long-standing partnership with Clarion…

Racing Post’s first industry podcast in partnership with Clarion Gaming brings you the biggest stories, analysis and opinions from the…

The Racing Post team look forward to seeing you at the ExCel London in February, to showcase our latest products and services at the upcoming ICE London. On display will be our extensive range of digital and retail horseracing products, translations services and bet prompting solutions. Please get in touch with the team to arrange a meeting. We look forward to seeing you there.